Caffeine - shall I drink a bucket? 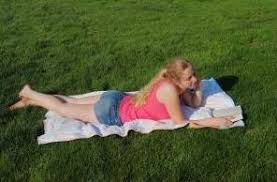 Many of us drink coffee everyday for many reasons. First of all, it is delicious, and most of us can't deny it. And secondly, it gives us that boost we all need from time to time when we feel tired and have something to be done. Many use coffee to stimulate their brain power when working or studying. It is a very potent measure of making yourself more concentrated on a particular thing you are doing.

Many of us also know that this boost coffee gives us is from a product called caffeine (which is only one of its names, since the name depends on the source: if it's from tea, it's theine and so on). When we drink a strong cup of coffee, along with energy come other effects, such as a faster pulse among others. It is due to these effects that we must use caffeine at our own risk.

The increase in pulse-speed is a consequence of heightened blood pressure, which caffeine causes, therefore it is not recommended to drink coffee for those who have heart problems, because misuse of the beverage may lead to many issues, some of them fatal.

Just the same as alcohol, caffeine can be addictive if used in excessive amounts, thus deepening the problem. Those who drink coffee frequently often show signs of nervousness and irritability and a user can establish tolerance for caffeine in which case they would have to use coffee not as a means to ‘get a boost', but rather to feel normal, deeming the purpose of drinking it in the first place an invalid one.

Coffee, of course is far from being the only product with caffeine, even in terms of natural ones: contrary to popular belief, tea also has caffeine (theine) and not in amounts much lesser than that found in coffee. Over the past century, the world has seen even more beverages with caffeine, such as almost any soft drink. One drink in particular pushes the limit way ahead. That drink is the energy drink, made for the sole purpose of what coffee does, only in a more excessive way.

The average energy drink has around 80mg of caffeine, almost the same as a cup of coffee. Wherein lies the excessiveness then? Energy drinks, along with caffeine also contain other stimulating materials such as taurine. Most of these materials' effect on the human physique have not yet been sufficiently tested and therefore many restrictions have been made "until further information is available".

The problem with energy drinks is the way they are usually consumed and the lack of information on whether these ways are detrimental or not. Many users, for example, drink a few cans of these stimulators in a row, creating a huge surplus of both caffeine and the other, less studied materials in the blood. Some users have reported using these drinks together with alcohol, the interaction of the two being undated whatsoever. And, one of the biggest misconceptions with energy drinks is that they are good for rehydration during or after sports. A recent study shows, that the beverage is absolutely unfit for such a purpose.

To conclude, caffeine is a good way to dispose of the feeling of being tired, but careful with the amounts, kids, or else it might get ugly.

Email ThisBlogThis!Share to TwitterShare to FacebookShare to Pinterest
Labels: health and fitnes